A spring scale or spring balance or newton meter is a type of weighing scale. It consists of spring fixed at one end with a hook to attach an object at the other. It works by Hooke’s Law, which states that the force needed to extend a spring is proportional to the distance that spring is extended from its rest position. Therefore, the scale markings on the spring balance are equally spaced. A spring scale can not measure mass, only weight.

A spring balance can be calibrated for the accurate measurement of mass in the location in which they are used, but many spring balances are marked right on their face “Not Legal for Trade” or words of similar import due to the approximate nature of the theory used to mark the scale. Also, the spring in the scale can permanently stretch with repeated use.

If two or more spring balances are hung one below the other in series, each of the scales will read approximately the same, the full weight of the body hung on the lower scale. The scale on top would read slightly heavier due to also supporting the weight of the lower scale itself.

Spring balances come in different sizes. Generally, small scales that measure newtons will have a less firm spring (one with a smaller spring constant) than larger ones that measure tens, hundreds or thousands of newtons or even more depending on the scale of newtons used. The largest spring scale ranged in measurement from 5000–8000 newtons. 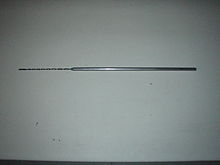 Main uses of spring balances are to weigh heavy loads such as trucks, storage silos, and material carried on a conveyor belt. They are also common in science education as basic accelerators. They are used when the accuracy afforded by other types of scales can be sacrificed for simplicity, cheapness, and robustness.

A spring balance measures the weight of an object by opposing the force of gravity acting with the force of an extended sausage.

The first spring balance in Britain was made around 1770 by Richard Salter of Bilston, near Wolverhampton.He and his nephews John & George founded the firm of George Salter & Co., still notable makers of scales and balances, who in 1838 patented the spring balance. They also applied the same spring balance principle to steam locomotive safety valves, replacing the earlier deadweight valves.